The sailor from Le Havre, François Champion, professor at the French Merchant Navy Academy ENSM, will take the start of the second leg of the 23rd Eurochef Mini Transat on Friday 29th October, at 4pm (French time). 2,700 nm the Atlantic awaits him, between La Palma in the Canaries and Saint François in Guadeloupe.

Ranking 6th in a very eventful first leg from Les Sables d’Olonne, François is 3 days and 9 hours behind the first Proto, of Tanguy Bourroullec, who escaped before the storm that forced 90% of the fleet to stop in a Spanish port. On the other hand, Porsche Taycan only lost 5 hours to Sébastien Pebelier, who finished 5th. Once again, François will be concentrating on his race, on living his second Atlantic crossing intensely, as a sailor, determined to get the best out of his Lombard design, which he built himself in Le Havre.

“The start looks like it’s going to be a bit of a slog,” says François on the eve of setting off on this great solo adventure. “We will have to go around the island of Hierro to avoid the ashes of the Cumbre Vieja volcano. Then we will have to stay on a rather southern route, as the organization has placed a waypoint in the Atlantic so that we don’t have to play with the big North Atlantic lows. The trade winds are not very strong and everyone is counting on a rather slow transatlantic race, between 16 and 17 days of sailing.

For François, the challenge at the start is to get the right start immediately: “The Canaries are islands rising very high in altitude, creating wind cones that must be avoided at all costs. It will be necessary to avoid the areas of calm wind in order to get out of the influence of the islands quickly. After that, I’ll gradually get back into my race by regaining my strength. “

François took advantage of the neutralisation of the race in La Palma to refurbish his Porche Taycan. “I was able to lay the boat down in the marina and fix my foil casing at the pontoon, without taking the boat out of the water. “The daggerboard has been repaired and the foil casing have been caulked, so François is ready. On the eve of the immense bravery act that awaits, he seems serene with a great desire to savour these exceptional moments in the life of a sailor…. 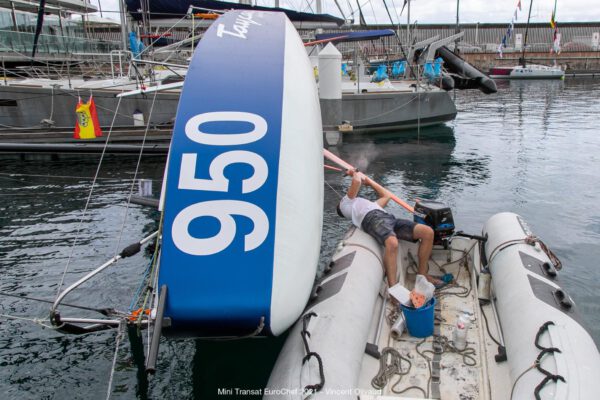 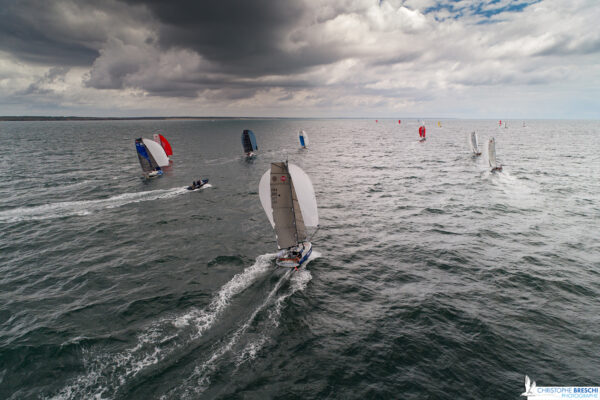